One person who is helping audiences discover the incredible production work that goes into making a film in the remote wilderness of Canada is sound recordist Tim Archer. Tim has been taking audiences behind the scenes in a series of appearances at museums and IMAX theaters across North America, who are thrilled to learn more about this important aspect of filmmaking. One of the amazing facts about Great Bear Rainforest is that all the sound in the film was captured live on location, rather than taken from a sound library, making it a truly authentic cinematic experience.

In appearances at British Columbia’s IMAX Victoria, Moody Gardens in Galveston, Texas, Edmonton’s TELUS World of Science, Calgary’s TELUS Spark Dome Theater and most recently at the Saint Louis Science Center, Tim shared how he captured the breathy sounds of a sleeping all-white spirit bear, the angry growls of a fierce mama black bear defending her cubs from an aggressive male, grizzlies munching sedge grass in a rainstorm and the piercing screech of a bald eagle. At one moment, he asks for the theater lights to be turned off, then recounts the story of recording a lone wolf howling on a secluded beach as the audience thrills to the sounds of the actual recording

“Tim’s presentation gave the entire audience goosebumps, and they appreciated this new insight into an often-overlooked element of filmmaking,” said Paul Wild, director of IMAX Victoria. “It made us realize that sound is an aspect of the giant screen experience that we need to promote more to consumers, as its part of what makes these films stand apart from other movie-going experiences.” 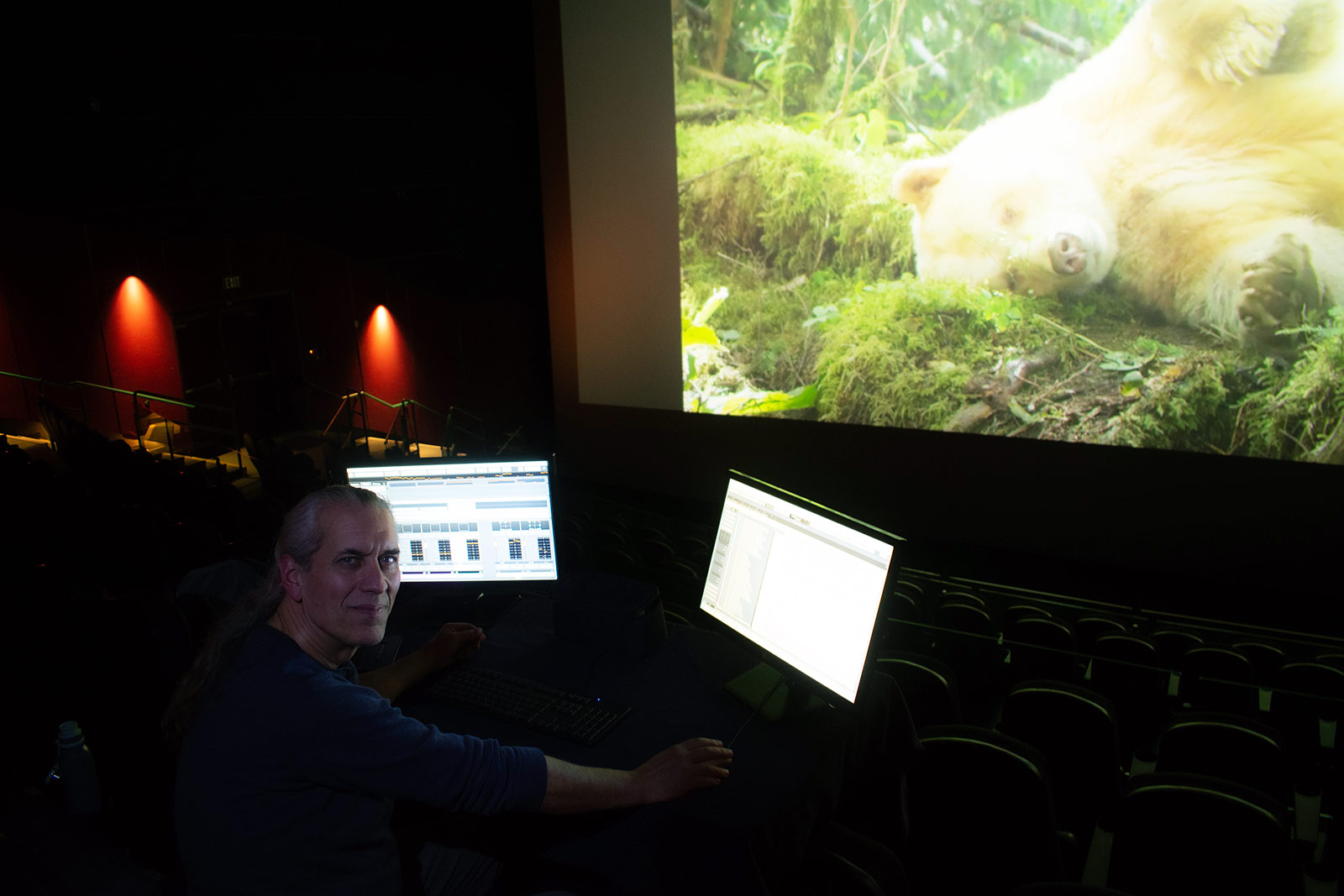 As audiences continue to enjoy the sights and sounds of Great Bear Rainforest, they may not realize how much of their experience they owe to Tim Archer, but we’re betting they’ll come back for more.